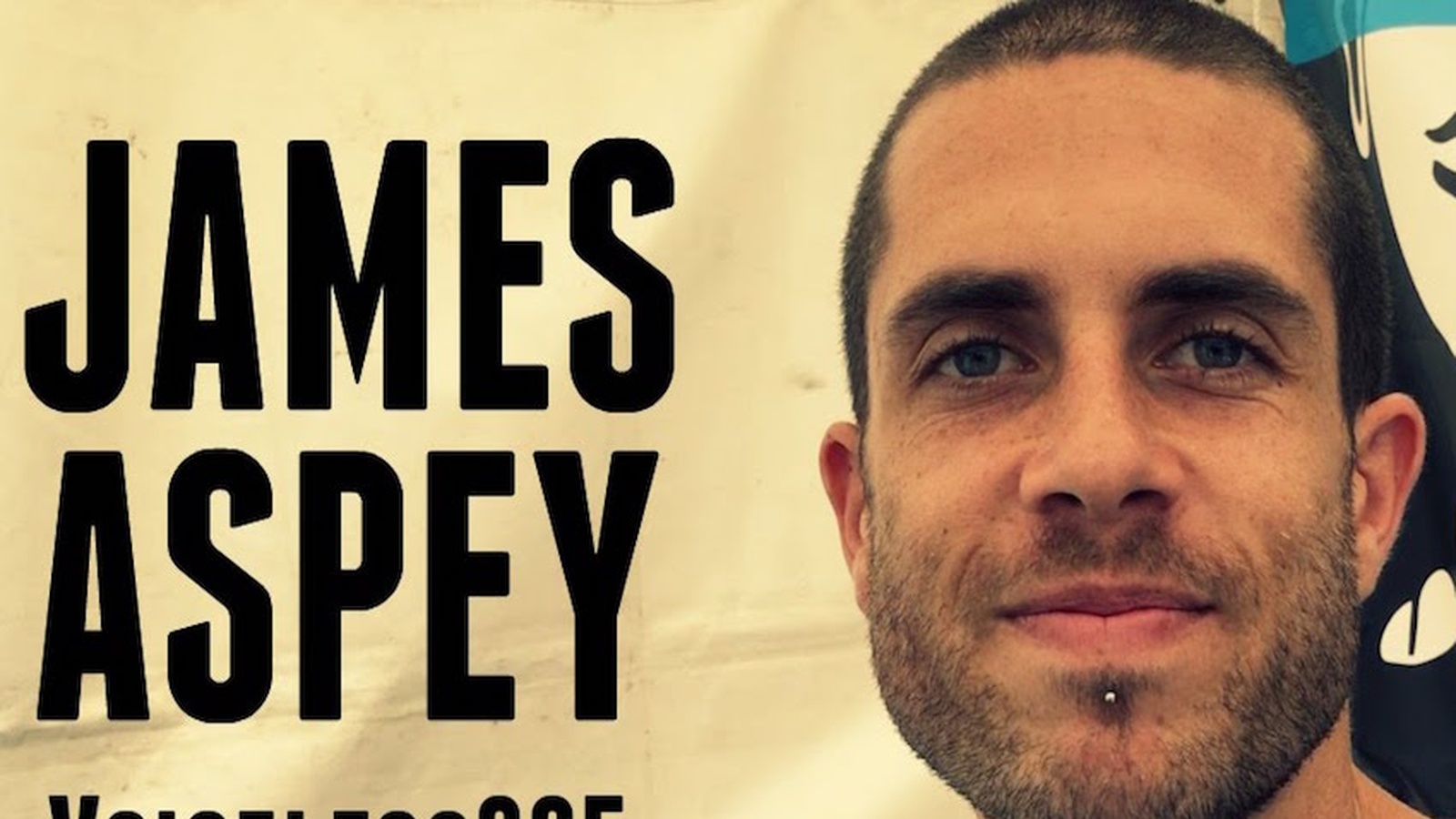 Why This Man Took A One-Year Vow Of Silence

Most of us would struggle to get through a day - even an hour - without some kind of sound escaping our lips. So when some of the Food Matters team were lucky enough to hear James Aspey talk about why he chose to take a one year vow of silence, we had to share his story!

It’s hard not to form a preconceived idea of what someone will be like. I was half-expecting a super-reserved, serious personality. (Because wouldn’t you need monk-like powers of superhuman discipline to survive a year without speech?!)

James dived straight into talking about an experience that cracked him open to the core of his soul. At just 18 years of age, James was diagnosed with lymphoma and leukemia. His life did a complete turnabout; one minute, it seemed he was in the prime of his youth, fit and carefree. The next moment, he understood for the first time in his life what it was like to truly suffer.

During his three years of chemotherapy, James gained 55 pounds, developed severe pneumonia, suffered from eczema and lose his hair, vitality and zest for life. After hitting rock bottom, James decided it was time to get healthy again. He enlisted the help of a Personal Trainer who set him upon a health path that was soon impossible to turn back from.

James lost the weight, cleaned up his diet, and felt so good that he was inspired to help others too. He gained his PT credentials and starting training people both professionally, and for the simple joy of it, often offering his services for free.

This career took him across the world, where he often worked as a PT on foreign cruise ships. And on one fateful cruise, James met the next person who would indelibly change his life forever.

This person was an ‘Indian wise man’, as James describes him. During two weeks of deep and meaningful conversion, he challenged James’ long-held beliefs about health and spirituality. He prompted James to consider what kind of suffering he was causing by eating animals. And after reflecting on this question during a 10-day meditation retreat, James had a new resolve; he was going to trial being a vegetarian.

What was initially a one week personal challenge to abstain from meat soon evolved into so much more than that. Within three days of eating vegetarian food, James felt better than ever before. He had more energy, better digestion and discovered that this lifestyle was actually pretty easy! After a whole lotta research, and a whole lot more soul-searching, James realized he wasn’t doing enough. It was time to become vegan. 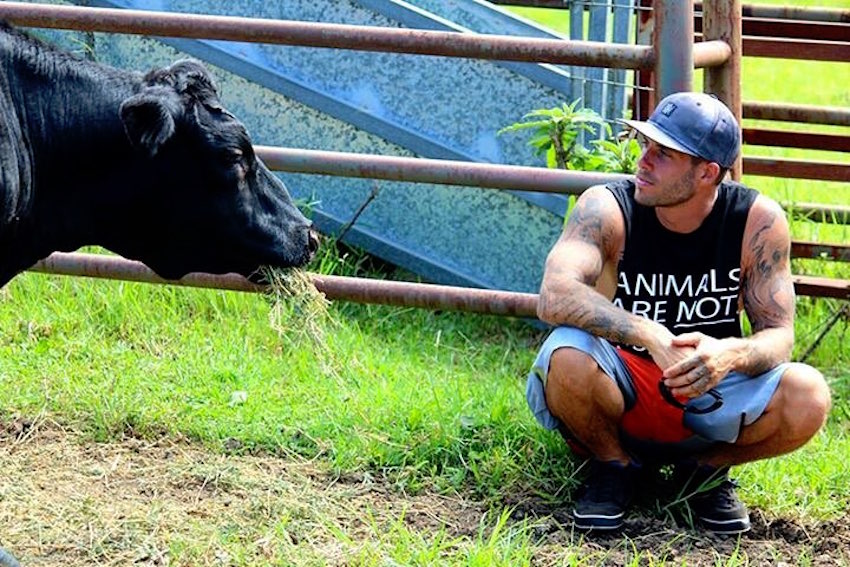 Now, at Food Matters we embrace many different forms of eating, and we don’t necessarily prescribe to one particular diet philosophy. We always encourage you to do your own research and do what feels right for you. However, James raised a few thought-provoking points as he talked about his reasons for becoming vegan

The more he learned, the more passionate James became to make a real difference. Then, he had an epiphany.

What if he were silent for longer? What if he didn’t say a single word… For One. Whole. Year.

So when the clock struck 12 on New Year’s Eve at the end of that year, James’ lips were proverbially sealed. He packed up his van and set off for an adventure around Australia to spread awareness about animal rights and learn as much as he could - from direct experience - about how animals are truly treated in Australia.

James volunteered on farms, hand-raised an abused calf and witnessed first-hand the brutality that occurs in countless factory farms. Even though he’s well and truly got his throat back now, still he chokes up when he recounts those experiences.

According to James, the rumors about factory farms aren’t fanciful, horrific stories spread for media hype or hippies with a pro-vegan agenda. James recounts tales of abuse that sends shivers down your spine, and could bring tears to your eyes.

Yet as he speaks about his story and his mission, his eyes sparkle, his face is alight and he literally beams joy as he talks about living a life aligned with his values, passion and purpose. Offering tips as simple as “moving your hand to make a different choice”. With so many vegan alternatives available in the supermarket for milks, cheese, and other protein sources, it’s never been easier to make a humane, healthy switch.

“Most people don’t realize how amazing they’ll feel, how good vegan food can taste, and how easy it really is” says James.

After one year, 30,000 followers, 365 blog posts, and an adventure of a lifetime, James finally broke his silence on national television with a powerful message:

“The reason I took the vow of silence was to raise awareness for the voiceless victims of this planet. We all say we love animals and we are all against animal cruelty but we pay people to mutilate, torture and slaughter animals and it’s not for any necessity. It’s not because we need to for our health. It’s just because we like the way they taste. So I went voiceless, because they’re voiceless.

But then, I thought, ‘they’re not actually voiceless’. They cry in pain, they scream in terror, and when they do that they’re using their voice to tell us they’re suffering. The problem is, we’re not listening because they have wings instead of arms, they have fur, they have scales, they’re a different species, so we don’t take their suffering seriously.” - James Aspey