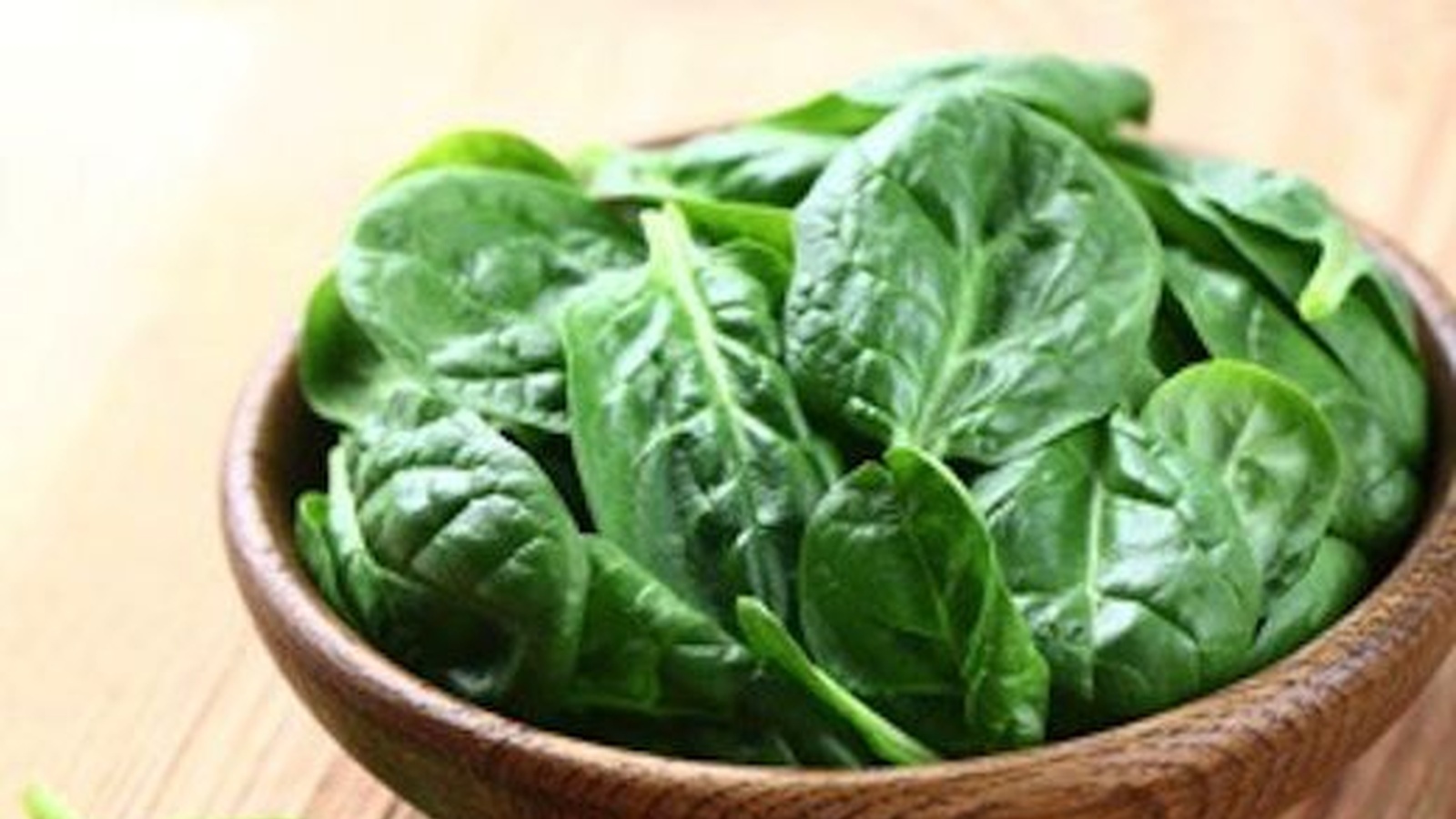 10 Superfoods You Can Find At Your Local Organic Food Store

Superfoods are a special category of foods that pack a lot of punch for their weight as far as nutrition goes. They are superior sources of anti-oxidants and essential nutrients. In this list of Superfoods we've tried to best incorporate those foods which are readily available to people the world over. We always recommend that everything you eat should be as ORGANIC, LOCAL and UNPROCESSED as possible. Enjoy. 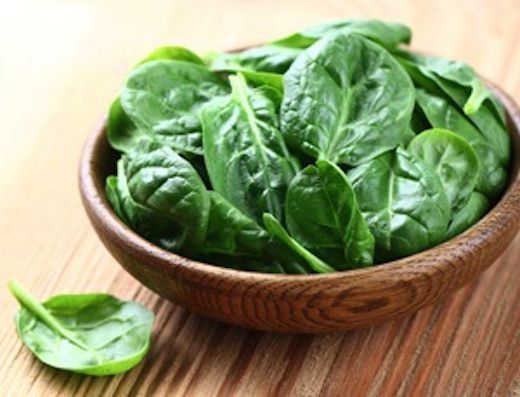 Green leafy vegetables are so readily available and so highly nutritious, however most people do not eat enough of them. Studies continuously confirm that populations that eat a diet high in green leafy vegetables run a far lower risk of heart disease and cancer. Fresh raw green leafy vegetables contain high doses of chlorophyll, easily digestible proteins, enzymes and a wide range of vitamins and minerals. These particular vegetables act as mini-transfusions for the blood, a health tonic for the brain and immune system and a cleanser of the kidneys. 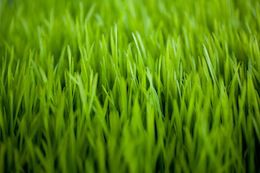 Wheat grass is the sprouted grass of a wheat seed. Unlike the whole grain, because it has been sprouted, it no longer contains gluten or other common allergic agents. Wheat grass is super alkalizing and is excellent for promoting healthy blood. It normalizes the thyroid gland to stimulate metabolism thus assisting digestion and promoting weight loss due also to its high enzyme content and cleansing effect. Just stir one tablespoon in a glass of water in the morning on an empty stomach.

Green superfoods are extremely rich in chlorophyll - the pigment that gives plants their green color. The molecular structure of chlorophyll is very similar to that of human blood and studies show that when this is consumed, the production of hemoglobin in blood is increased. Higher amounts of hemoglobin in the bloodstream means more oxygen-rich blood, the first and most important element that cells need to thrive. 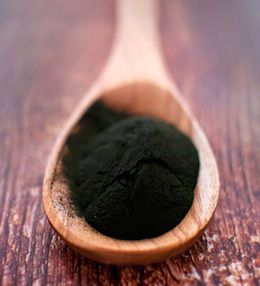 Spirulina is a cultivated micro-algae which has been consumed for thousands of years by the indigenous peoples in Mexico and Africa. It is one of the highest known protein sources on Earth and contains 70% protein.

Studies have shown that spirulina can help control blood sugar levels and cravings thus making it a key food for diabetics, and can be used to assist in weight loss and as a general nutritional supplement. You can take them in tablet form if you don't like the flavour or alternatively stir through your favourite breakfast smoothie. 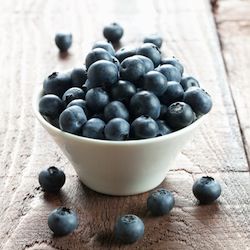 Blueberries are rich in compounds that help protect the heart and may inhibit the growth of cancer cells. Studies suggest the blueberry anthocyanins protect against neurodegenerative diseases like Alzheimer's and Parkinson's, and they can slow and even reverse age-related memory loss and decline in cognitive function. They can be enjoyed in a smoothie or eaten on their own.

Sweet potatoes are high in fiber, Vitamin A, Vitamin C, Vitamin B6, potassium and manganese. They can also help stabilize blood sugar, which means they're a good choice for diabetics. They're relatively low in calories for all of the nutritional power they pack, at approximately 95 calories each and have a low glycemic index in spite of their sweetness. Both Weight Watchers and the South Beach Diet have recommended sweet potatoes, roasted in a little coconut oil rather than fried, and doctors are recommending them for diabetics.

'Chia' literally means "strength" in Mayan and can be traced back over 3,000 years to Central America where the Aztecs utilized it as one of their primary plant sources of food. Chia seeds are rich in plant based omega-3s containing 64 percent alpha linolenic acid (ALA). Flax, another popular source of ALA, contains 55 percent. The omega-3 to omega-6 ratio is also highly auspicious in chia, representing a healthy balance of 3:2. Chia seeds are also naturally high in calcium, a nutrient necessary for healthy bones (among other functions in the body). This is plant-based calcium, too, not the calcium carbonate you might see in lower-cost vitamins. 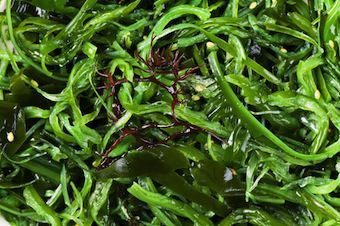 Seaweeds are the most nutritionally dense plants on the planet as they have access to all the nutrients in the ocean. The chemical composition of seaweeds is so close to human blood plasma, that perhaps their greatest benefit is regulating and purifying our blood system. They help to alkalize our blood, neutralizing the over-acid effects of our modern diet and protect us from a wide array of toxic elements in the environment, including heavy metals, pollutants and radiation by-products converting them to harmless salts that the body can eliminate.

But the most remarkable results with seaweeds we see is boosting weight loss and deterring cellulite build-up. The high concentration of natural iodine helps to stimulate the thyroid gland so that food fuels are used before they can be turned into fatty deposits. At the same time, the minerals act like electrolytes to break the chemical bond that seals the fat cells allowing trapped wastes to escape. Both by eating sea vegetables or bathing in them helps reduce cellulite and stimulates lymphatic drainage.

Coconut oil's saturated fat is of the medium-chain fatty acid variety, which are digested more easily and utilized differently by the body than vegetable oils. Coconut oil will actually speed up metabolism so your body will burn more calories in a day which will contribute to weight loss. Coconut oil supports healthy metabolic function and is a revered anti-bacterial, anti-viral and anti-fungal agent. Pacific islanders deem coconut oil to be the cure-all gift from nature for all illness. You can drop a tablespoon of coconut oil into your smoothies to slow down the absorption of fruit sugars. You can also cook with it, as it's one of the very best oils for resisting heat-generated carcinogens (it has greater temperature resistance than all other plant-based oils).

It's wonderful for making sauces, too: Try mixing and gently heating coconut oil, tamari, vinegar and water, and you have a delicious sauce for quinoa, stir-fried Chinese vegetables or other dishes. 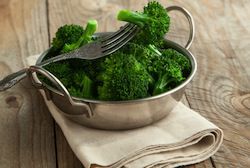 Broccoli is rich in vitamins, minerals and fiber and contains phytochemicals called glucosinolates and isothiocyanates.

Nettle, the bowel mover. These plants are best known as stinging nettle plants. However when the nettle leaves are dried and eaten the saliva neutralizes the sting.

Nettles are incredibly effective in removing unwanted pounds. A cup of nettle tea in the morning is ideal to get things going in the bowel department. The nettle leaves increase the thyroid function, increase metabolism and releases mucus in the colon allowing for the flushing of excess wastes.


Putting it all together

It's a simple yet powerful formula for healthy eating. If you let your food be your medicine, and in doing so, you can hopefully save on your medical bills and health insurance.