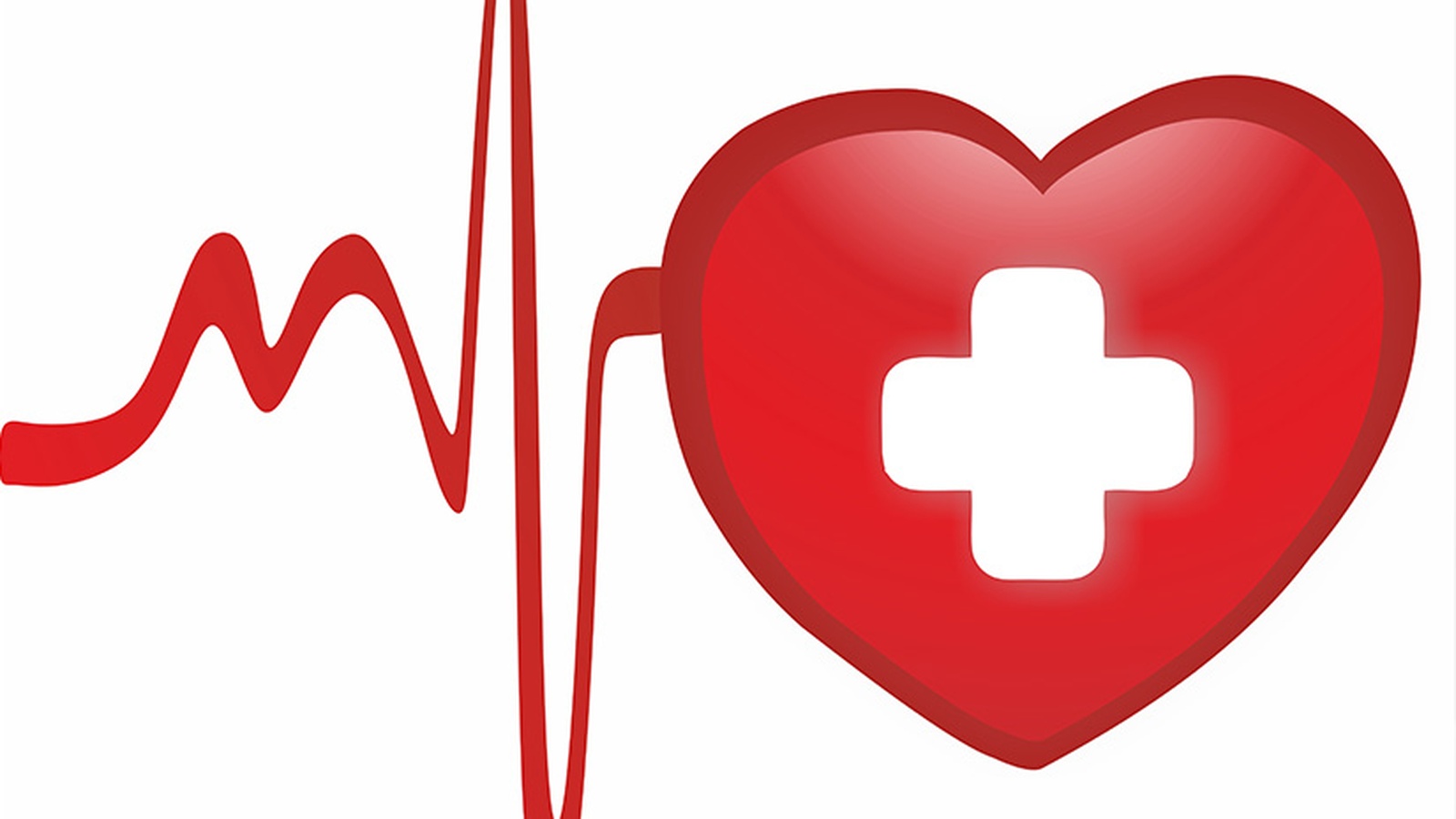 Cholesterol could easily be described as the smoking gun of the last two decades. It's been responsible for demonizing entire categories of foods (like eggs and saturated fats) and blamed for just about every case of heart disease in the last 20 years. Yet when I first opened my medical practice in the mid 80s, cholesterol, and the fear that yours was too high was rarely talked about.

Somewhere along the way however, cholesterol became a household word -- something that you must keep as low as possible, or suffer the consequences. You are probably aware that there are many myths that portray fat and cholesterol as one of the worst foods you can consume. Please understand that these myths are actually harming your health. Not only is cholesterol most likely not going to destroy your health (as you have been led to believe), but it is also not the cause of heart disease.

And for those of you taking cholesterol-lowering drugs, the information that follows could not have been given to you fast enough. But before I delve into this life-changing information, let"s get some basics down first.

What is Cholesterol, and Why Do You Need It?

That's right, you do need cholesterol. This soft, waxy substance is found not only in your bloodstream, but also in every cell in your body, where it helps to produce cell membranes, hormones, vitamin D and bile acids that help you to digest fat. Cholesterol also helps in the formation of your memories and is vital for neurological function.

Your liver makes about 75 percent of your body"s cholesterol, and according to conventional medicine, there are two types:

Also making up your total cholesterol count are:

Triglycerides: Elevated levels of this dangerous fat have been linked to heart disease and diabetes. Triglyceride levels are known to rise from eating too many grains and sugars, being physically inactive, smoking cigarettes, drinking alcohol excessively and being overweight or obese.

Lipoprotein (a), or Lp(a): Lp(a) is a substance that is made up of an LDL "bad cholesterol" part plus a protein (apoprotein a). Elevated Lp(a) levels are a very strong risk factor for heart disease. This has been well established, yet very few physicians check for it in their patients.

Health officials in the United States urge everyone over the age of 20 to have their cholesterol tested once every five years. Part of this test is your total cholesterol, or the sum of your blood"s cholesterol content, including HDL, LDLs, and VLDLs. The American Heart Association recommends that your total cholesterol is less than 200 mg/dL, but what they do not tell you is that total cholesterol level is just about worthless in determining your risk for heart disease, unless it is above 330. In addition, the AHA updated their guidelines in 2004, lowering the recommended level of LDL cholesterol from 130 to LDL to less than 100, or even less than 70 for patients at very high risk. In order to achieve these outrageous and dangerously low targets, you typically need to take multiple cholesterol-lowering drugs. So the guidelines instantly increased the market for these dangerous drugs. Now, with testing children"s cholesterol levels, they're increasing their market even more.

Cholesterol is Your Friend, Not Your Enemy

Before we continue, I really would like you to get your mind around this concept.

In the United States, the idea that cholesterol is evil is very much engrained in most people"s minds. But this is a very harmful myth that needs to be put to rest right now.

"First and foremost," Dr. Rosedale points out, "cholesterol is a vital component of every cell membrane on Earth. In other words, there is no life on Earth that can live without cholesterol.

That will automatically tell you that, in and of itself, it cannot be evil. In fact, it is one of our best friends.

We would not be here without it. No wonder lowering cholesterol too much increases one"s risk of dying. Cholesterol is also a precursor to all of the steroid hormones. You cannot make estrogen, testosterone, cortisone, and a host of other vital hormones without cholesterol."

The Insanity of Lowering Cholesterol

Sally Fallon, the president of the Weston A. Price Foundation, and Mary Enig, Ph.D, an expert in lipid biochemistry, have gone so far as to call high cholesterol "an invented disease, a "problem" that emerged when health professionals learned how to measure cholesterol levels in the blood."

And this explanation is spot on. If you have increased levels of cholesterol, it is at least in part because of increased inflammation in your body. The cholesterol is there to do a job: help your body to heal and repair. Conventional medicine misses the boat entirely when they dangerously recommend that lowering cholesterol with drugs is the way to reduce your risk of heart attacks, because what is actually needed is to address whatever is causing your body damage -- and leading to increased inflammation and then increased cholesterol.

As Dr. Rosedale so rightly points out:

"If excessive damage is occurring such that it is necessary to distribute extra cholesterol through the bloodstream, it would not seem very wise to merely lower the cholesterol and forget about why it is there in the first place.

It would seem much smarter to reduce the extra need for the cholesterol -- the excessive damage that is occurring, the reason for the chronic inflammation."

If Your Cholesterol is Too Low …

All kinds of nasty things can happen to your body. Remember, every single one of your cells needs cholesterol to thrive -- including those in your brain. Perhaps this is why low cholesterol wreaks havoc on your psyche. One large study conducted by Dutch researchers found that men with chronically low cholesterol levels showed a consistently higher risk of having depressive symptoms. This may be because cholesterol affects the metabolism of serotonin, a substance involved in the regulation of your mood. On a similar note, Canadian researchers found that those in the lowest quarter of total cholesterol concentration had more than six times the risk of committing suicide as did those in the highest quarter.

Dozens of studies also support a connection between low or lowered cholesterol levels and violent behavior, through this same pathway: lowered cholesterol levels may lead to lowered brain serotonin activity, which may, in turn, lead to increased violence and aggression. And one meta-analysis of over 41,000 patient records found that people who take statin drugs to lower their cholesterol as much as possible may have a higher risk of cancer, while other studies have linked low cholesterol to Parkinson's disease.

What cholesterol level is too low? Brace yourself.

Probably any level much under 150 -- an optimum would be more like 200. Now I know what you are thinking: "But my doctor tells me my cholesterol needs to be under 200 to be healthy." Well let me enlighten you about how these cholesterol recommendations came to be. And I warn you, it is not a pretty story. This is a significant issue. I have seen large numbers of people who have their cholesterol lowered below 150, and there is little question in my mind that it is causing far more harm than any benefit they are receiving by lowering their cholesterol this low.

The Dangers of Cholesterol-Lowering Medications

If you are concerned about your cholesterol levels, taking a drug should be your absolute last resort. And when I say last resort, I'm saying the odds are very high, greater than 100 to 1, that you don"t need drugs to lower your cholesterol. To put it another way, among the more than 20,000 patients who have come to my clinic, only four or five of them truly needed these drugs, as they had genetic challenges of familial hypercholesterolemia that required it.

Contrast this to what is going on in the general population. According to data from Medco Health Solutions Inc., more than half of insured Americans are taking drugs for chronic health conditions. And cholesterol-lowering medications are the second most common variety among this group, with nearly 15 percent of chronic medication users taking them (high blood pressure medications -- another vastly over-prescribed category -- were first).

Disturbingly, as written in BusinessWeek early in 2008, "Some researchers have even suggested -- half-jokingly -- that the medications should be put in the water supply." Count yourself lucky that you probably do NOT need to take cholesterol-lowering medications, because these are some nasty little pills. Statin drugs work by inhibiting an enzyme in your liver that"s needed to manufacture cholesterol. What is so concerning about this is that when you go tinkering around with the delicate workings of the human body, you risk throwing everything off kilter.

For starters, statin drugs deplete your body of Coenzyme Q10 (CoQ10), which is beneficial to heart health and muscle function. Because doctors rarely inform people of this risk and advise them to take a CoQ10 supplement, this depletion leads to fatigue, muscle weakness, soreness, and eventually heart failure. Muscle pain and weakness, a condition called rhabdomyolysis, is actually the most common side effect of statin drugs, which is thought to occur because statins activate the atrogin-1 gene, which plays a key role in muscle atrophy.

Statin drugs have also been linked to:

How to Lower Inflammation, and Thereby Your Risk of Heart Disease, Naturally

1. Make sure you"re getting plenty of high-quality, animal-based omega3-fats. I prefer those from krill oil. New research suggests that as little as 500 mg may lower your total cholesterol and triglycerides and will likely increase your HDL cholesterol.

2. Reduce, with the plan of eliminating, processed grains and sugars in your daily diet. It is especially important to eliminate dangerous sugars such as fructose. If your HDL/Cholesterol ratio is abnormal and needs to be improved it would also serve you well to virtually eliminate fruits from your diet, as that it also a source of fructose. Once your cholesterol improves you can gradually reintroduce it to levels that don't raise your cholesterol.

3. Eat a good portion of your food raw.

5. Get the right amount of exercise. When you exercise you increase your circulation and the blood flow throughout your body. The components of your immune system are also better circulated, which means your immune system has a better chance of fighting an illness before it has the opportunity to spread.

So there you have it; the reasons why high cholesterol is a worry that many of you simply do not need to have, along with a simple plan to optimize yours.

For the majority of you reading this right now, there"s no reason to risk your health with cholesterol-lowering drugs. With the plan I"ve just outlined, you"ll achieve the cholesterol levels you were meant to have, along with the very welcome "side effects" of increased energy, mood and mental clarity.