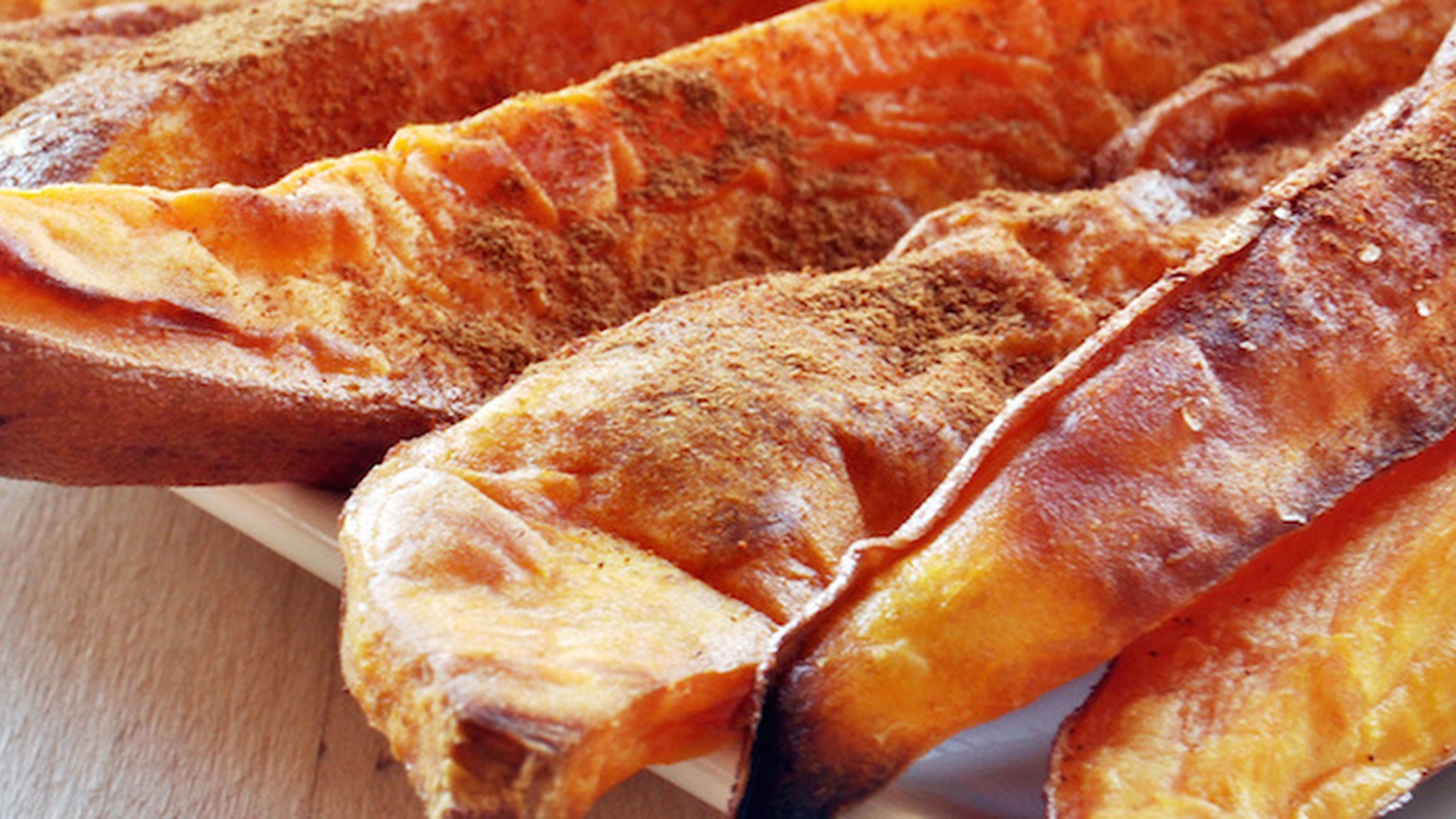 Source: http://www.mindbodygreen.com...
ADD TO MY RECIPES

When I’m in the mood for something that feels a little “naughty”, there’s nothing more satisfying than cooking up a bowl of sweet potato fries. I discovered this recipe recently and I’m in love! Not only are these fries baked and 100% good for you, the cinnamon and coconut adds a rich depth of flavor. They are finger-licking good!

If you're after a savory version, just swap the cinnamon for black pepper and a dash of cayenne or you could try a rosemary and himalayan salt version.

Cut ends off sweet potatoes and peel if they are not organic. Slice them lengthwise, then into strips about 1/4" thick.

In a large bowl, toss sweet potato slices with coconut oil, cinnamon and salt, making sure all pieces are coated.

Spread out over baking sheet. Bake for 40-45 minutes (until edges are lightly browned), flipping halfway.

Drooling Over the Thought of These? Check out Paleo Zucchini Fries!

4 Nutrient-Packed Soups to Make For Healthy Lunches All Week

Fall Favorites: 10 Recipes to Keep You Cozy this Season

Are you sure you want to rate:
Sweet Potato Fries With Coconut & Cinnamon:

stars
YES NO
Need Help? Chat to Us.